The Masaryk University International Scientific Advisory Board is an independent body composed of four internationally recognized scientists tasked with helping the university develop scientific strategies and providing independent assessment and advice on a range of science-related issues. The board meets once a year.

Josef Jiřičný was elected board chair at the 2016 board meeting. 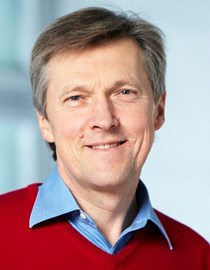 Graduate of the Aston University in Birmingham and the University of London. Member of the European Molecular Biology Organization and Academia Europaea. His research focus includes the molecular mechanisms of DNA repair in human cells, specifically with respect to colorectal carcinoma.

president of the Institute of Science and Technology Austria

Graduate of Johannes Kepler University Linz and the University of Delaware. Holder of a doctoral degree in computer science at Stanford University, subsequently active in academic positions at Cornell University and at the University of California at Berkeley. His research focuses on systems theory as well as on tools for designing and verifying the reliability of software, hardware and embedded systems.

director of management studies at the Cambridge Judge Business School

His extensive experience includes areas such as management research, counselling and education; he has also been active as a consultant in a number of companies. His research focus includes, among other areas, globalization and its implications for corporate strategies, strategies for success in China and the internationalization of Chinese enterprises and their global impact.

Active at the Ludwig Maximilian University of Munich, currently the thirtieth best university in the world and the number one in Germany. Her research focuses on the conflicts, economics and social history of South-East Europe and its ethnic minorities. She has also worked for the International Criminal Tribunal for the former Yugoslavia.

Holder of a doctoral degree in Molecular Biology from the Albert Einstein College of Medicine, NY, USA. Since 2014 active as ERA Chair at MU and leader of a CEITEC research group focusing on the issue of hereditary information and its modification in connection with immunity. Member of the prestigious European Molecular Biology Organization (EMBO) since 2017.

More about research at MU