A leading administrative, constitutional and European law expert, President of The Court of Justice of the European Union, Vassilios Skouris served as Minister of the Interior of Greece in 1989 and 1996. He has also lectured at conferences and universities in Germany, France, Italy and Austria. He has been awarded a number of honorary doctorates by universities where he worked in appreciation of his research work.

A proposal to grant an honorary degree of Doctor honoris causa in the field of juridical sciences was submitted by the Faculty of Law of Masaryk University. The graduation ceremony was held on 10 May 2010. 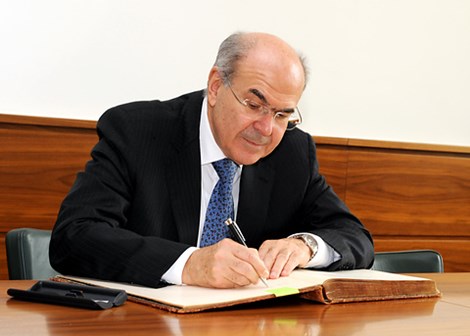